Feature-length film about the life and work of William Michaud 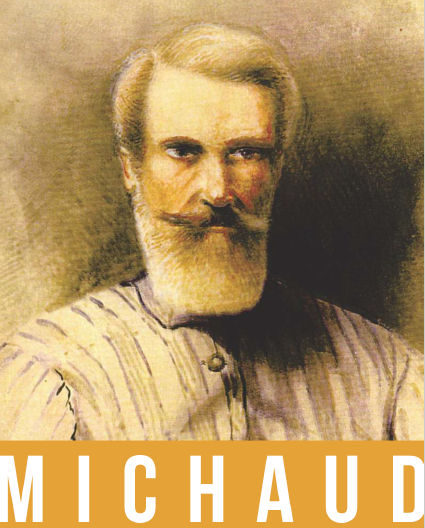 The Brazilian audiovisual company Amler started the pre-production of the film MICHAUD, which will feature filming locations both in Brazil and Switzerland, in the region of Montreux-Vevey.

The feature film, hybrid, with documentary and fictional elements, is a borderline case of a documentary from memory, based on more than 70 letters that the Swiss William Michaud wrote to his family between 1848 and 1902, when he lived in Superagui, Guaraqueçaba, on the coast of Paraná – Brazil. His letters were accompanied by drawings and watercolors he produced, to show how and where he lived, sent inside a piece of bamboo so that they would not be crumpled by the post office during the two months it took to reach Switzerland.

The guiding thread of this film is the swiss’ true narrative about the history of troubled Brazil at the end of the XIX century. It is important to say, therefore, that what differentiates him from so many other immigrants whose fate was similar is the fact that he left, through his letters and paintings, a legacy that allows us, after more than a hundred years, to get closer to him and his time.

The production is being made possible through the State Program for Promotion and Incentive to Culture (PROFICE) of the State of Paraná, which allows tax incentives for companies that pay ICMS in that state. So far, 70% of its budget has been raised with Companhia Paranaense de Energia Elétrica (COPEL).

According to the executive producer João Gustavo Ferreira, in addition to tax incentives for companies operating in Paraná, the film “is open for direct sponsorship, support and partnerships, aimed at enabling production with the necessary quality”. Filming in Switzerland involves costs such as air transport, insurance for professionals and equipment, accommodation and food.

The company that joins the project, in addition to contributing to the cultural production and dissemination of cinematographic images from both countries, will also have its brand associated with the film, spread throughout the visual communication of the work.