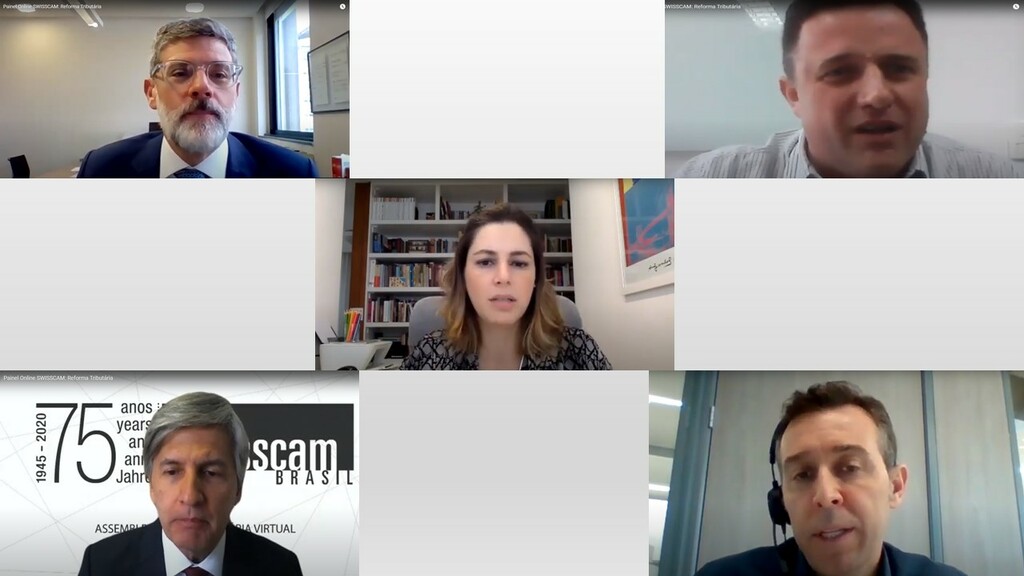 One of the most awaited and discussed bills in the country is the Tax Reform. There is much expectation in relation to the matter, as the reform should strongly impact the Brazilian economy. The reform proposals are still being analyzed by the Congress and we at SWISSCAM had the privilege of talking, on September 21, with Vanessa Canado, Special Advisor to the Ministry of Economy. She explained us the proposal of the executive government with more details and listened to the considerations of our guests.

Vanessa Canado spoke of the importance of the country having a more neutral Tax system. “The reform is necessary for the development of the Brazilian economy. There will be an impact on capital goods prices, which will allow greater competitiveness between companies in the market.” She also mentioned that with the reform, the government will be able to better allocate the money raised from the taxes.

During the meeting, some central points were discussed, such as the creation of the CBS (Social Contribution on Operations with Goods and Services) and the real expectations of the executive government regarding the progress of the reform at the Congress.

The event was considered a success by all, as we managed to promote an important dialogue between representatives of the private sector and the Federal government. SWISSCAM will continue to monitor the progress of projects to inform our members.

If you missed the event, the video is available in the member’s area of ​​SWISSCAM website.