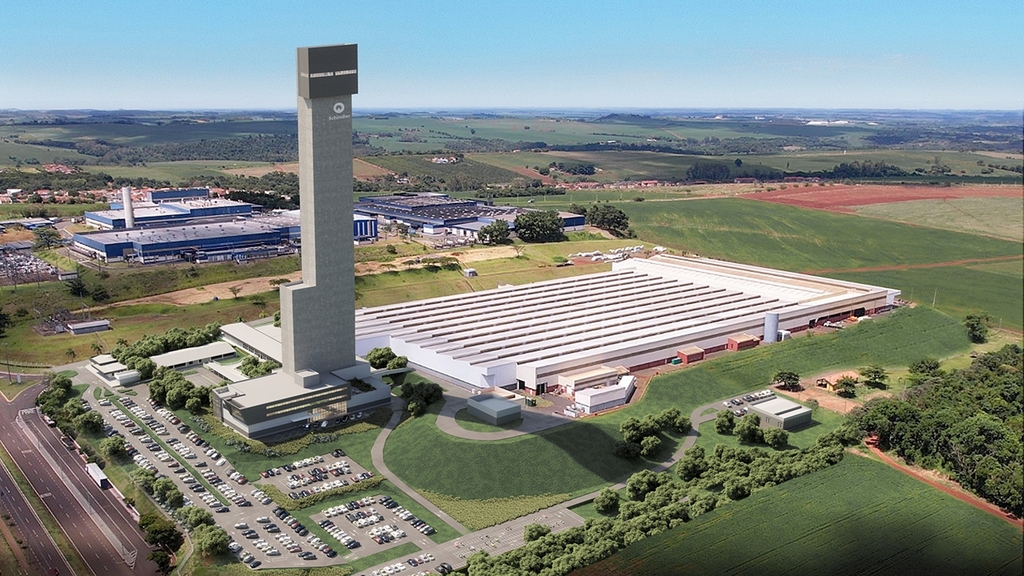 Atlas Schindler, leader in vertical transport in Brazil, will build a new elevator test tower at its industrial park in Londrina. The tower will be the largest of its kind in the Americas and the Schindler Group’s second largest in the world. Construction is scheduled to start still in 2022 and should be completed in the first half of 2024.

The new tower will be approximately 150 meters high and will have 16 shafts. Its capacity for up to 17 simultaneous testing installations is expected to increase the company’s ability to meet demands for elevators in a market of increasingly taller buildings.

The project begins plans to transform the site into a center of innovation, technology, and product development for people-moving solutions in the Americas and around the world. Laboratories and offices will be built to accommodate Schindler’s Research and Development team, as well as a show room, integration spaces. Overall, the project encompass roughly ten thousand square meters, with an expected investment of more than 100 million Reais in research and innovation.

Schindler Group currently has six Research and Development Centers around the world, one of which is in São Paulo, Interlagos, Brazil. Known as Torre de Testes, it was opened in 1971 and is 77.6 meters tall — equivalent to an average 27-story building. The site will be deactivated when operations start in the new Londrina facilities.

Londrina as a destination for development – ​​ Atlas Schindler began to increase its presence in the city a few years ago with the expansion of its export capacity and industrial park to incorporate the local production of Schindler’s global line of modular elevators. Implementation of the Shared Services Center resulted in a significant increase in the quality of service and customer satisfaction by better integrating and optimizing the entire operation’s resources, processes, and systems. Atlas Schindler has reinforced its brand as an employer and promoter of the local economy by opening new job opportunities and transferring employees from other units to the city. Due to these actions, the company was recognized by Londriners as the place where they would most like to work, according to the Revista Top de Marcas de Londrina.

Elevadores Atlas Schindler Ltda, the national leader in vertical transport, has been present in the country for 104 years. The company is part of the Schindler Group, a 148-year-old Swiss company operating on all continents. In Brazil, in addition to the factory in Londrina, it has a plant in São Paulo to produce spare parts and components. With approximately 5,300 employees and 150 service stations throughout Brazil, the company manufactures elevators, escalators and moving walks and offers maintenance and modernization services for the equipment.

To learn more about Atlas Schindler in Brazil, visit the company’s website and social networks: www.schindler.com.br

Founded in Switzerland in 1874, the Schindler Group is one of the world’s leading suppliers of elevators, escalators and related services. Innovative and environmentally responsible, its access and traffic management systems make an important contribution to mobility in urban centers.

In 2021, the Schindler Group’s turnover was over CHF 11,236 million. Schindler’s mobility solutions move more than 1.5 billion people around the world every day. Behind the company’s success are more than 69,000 employees in more than 100 countries.